Read a little bit of history from the Queenscliff Pier… With four generations of the Cayzer family that been involved in the family boat-building activities, there is always something new to learn.

Four generations of the Cayzer family have been involved in the family boat-building activities since Bob Cayzer went to work for Peter Locke. Bob’s father Nathaniel Cayzer, a Coach Builder by trade, moved to Point Lonsdale with his wife and twin sons Bob and John in 1912 having had a great love of the small sea-side town for many years. Nathaniel was in demand as a house builder and built many homes in the growing town with his twin sons working for him.

Bob always had an interest in boat building with its shapes and techniques and when the opportunity to work fulltime for Peter Locke in the early 1930’s came, he jumped at the chance. He excelled at the craft of boatbuilding and with Peter spending much of his time fishing, Bob carried on the business in his absence. In 1938 Bob’s eldest son Aston left school and commenced work as an apprentice with Peter still at the old site in 31 Beach Street, Queenscliff, behind where Peter lived. They both shared the same love of boats with their shapes and the joy of working with timber to create those shapes. In 1947 Bob and Aston with Bob’s twin brother John, who was also now working for Peter, purchased the boat building business from Peter Locke as he was spending more time fishing. By now the business was established at 1 Beach Street with a water frontage and slipway (the rails are still in the water at the western end of “The Cut”).

Eventually Bob’s second son Robert joined the business and with him brought his business management experience. Bob and Aston had taken the great knowledge of Peter Locke to combine with their own skills to build boats that were renowned for their strength and seaworthiness. Bob was the designer with a great flair and understanding of what each new boat needed to meet the needs of its owner. In many instances Bob’s lines plan for the boat they were building would be turned over and the lines for the next boat would be drawn on the same sheet of paper. Models of the intended boat were made to show the fisherman the shape of the boat.

The early fifties was a time that saw cray-fishing on the South-East coast of South Australia flourishing and Cayzer built boats were in great demand in this region. At times, several boats at a time were under construction in the shed in order to meet the growth in the fishing industry, not only in Queenscliff but in the new areas in South Australia. It was not uncommon for Cayzer Bros and Sons to have a staff of 20 building their boats all to Bob’s designs.

With the arrival of the sixties the Cayzer boats continued to be known for their strength and seaworthiness and were in all ports on the southern coastline. The materials used were changing with the scarcity of Huon Pine from Tasmania, Kauri from New Zealand and Jarrah and Karri from Western Australia. A new era was to emerge with the availability of excellent hardwoods from Northern New South Wales and Southern Queensland. The boats from 40 feet up were now all planked from Iron Bark or Spotted Gum which was harder to work but made for extremely strong boats.

In 1963 Aston’s eldest son Allan joined the workforce and in 1964 Aston’s youngest son Keith joined the family business, both as apprentices and creating a third generation in the business.  Bob and Aston were pleased to see the next generation continuing the family tradition and both were ever keen to pass on their great knowledge.

The boats varied in length from 15 to 75 feet, from small fishing boats to large ferries and in some cases pleasure boats. The seventies saw boats continue to roll out of the shed and down the slipway with Allan’s designs being a favourite for the fishing fleet and the growing recreational market. The seventies sadly also saw the passing of John and Bob. The legacy they had left not only to the generations that followed in their footsteps, but also to the fishing industry, cannot be measured.

In 1987, Aston was considering retirement after finding the heavy work associated with the larger boats becoming too much for him after an accident at the old shed many years before starting to take its toll. The property was sold and the last boat under construction was completed. Allan moved on to pursue other work but still in the Marine Industry.

With the business closing, Keith returned to boat-building in the late 80’s with a high demand for his specialized skill set. Keith’s only son Daniel joined him in 2004 to start his apprenticeship and continue the tradition and start the fourth generation of Cayzer Boat-builders.  After being mobile and working out of temporary sheds at Queenscliff, we moved back into Queenscliff Harbour in 2015 and trade once again as CAYZER BOATS.

The records that were kept in the early days were very few and in many cases the old drawings were dispensed with when the boat was finished. Still to this day the number of boats built is not exact but Aston has, by memory, calculated around 240. Building a wooden boat is as much about sculpture as building. It is a craft tinged with art. Rarely were two Cayzer Boats identical. People like Bob and John, Aston, Allan, Keith and Daniel Cayzer are blessed with carpenter’s hands and artist’s eyes who belonged to the brotherhood of boat-builders and fishermen, are practical people with their secrets and superstitions, fantasies and folklore that they passed down to their sons, grandson and great grandson. Are you over looking for a different activity for the annual Christmas Party? We have collated 5 of the best ideas in Geelong and The Bellarine! 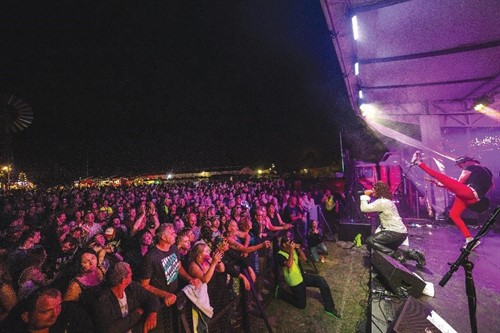 Find out the ground-breaking trends that our industry will be incorporating in 2018. Eat, Drink and Embrace Autumn in Geelong and The Bellarine Meet, Eat, Play: New Ways To Do Business In Queenscliff

The coastal town of Queenscliff continues to feel the love from visitors on holiday, but it’s increasingly becoming a popular destination to host corporate events, conferences and workplace retreats.